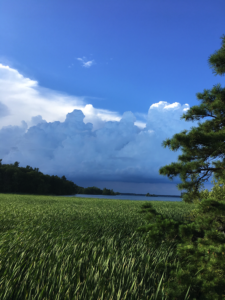 Borderlands
a finished manuscript
seven years in the making
107,000 words
based on the author’s discoveries about her seventh-great-grandfather
exploring through fiction a largely unknown American Revolution-era story

Resonating with today’s divisiveness, Borderlands is a uniquely told story of the American Revolution that places the reader on the ground in 1776 rural New York, seeing the world through the eyes of a young man who believes backing the British is the best chance to save his family’s lives and livelihood. Doubtful and impulsive John Backhaus decides to join the Loyalist fight. Little does he know that his father will ban him from the homestead and he will find himself attached to the British army with no way out. John embarks upon a journey that leads him on a dangerous path of self-discovery where he meets a Mohawk healer who helps him find courage, love and his own path in the world.